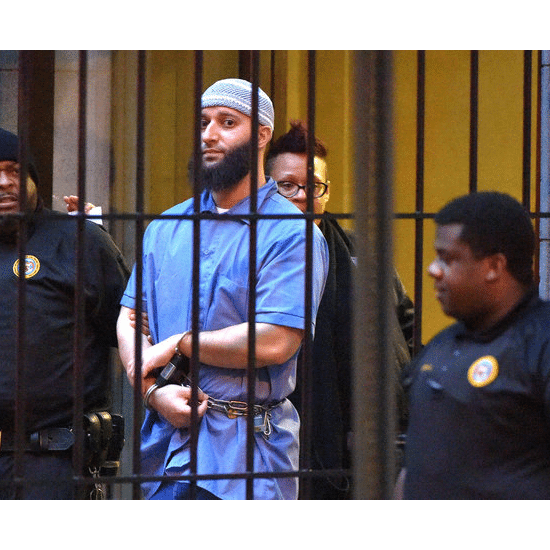 In the ongoing case of Adnan Syed, made famous by NPR’s “Serial” podcast, the Maryland Court of Special Appeals has ruled in Adnan’s favor and has ordered that he be granted a new trial. In a long decision, the Court determined that Adnan’s trial counsel was constitutionally ineffective for failing to investigate Asia McClain, a witness who purportedly could have provided Adnan with a crucial alibi for the window of time he was allegedly killing Hae Min Lee in a Best Buy parking lot.

The case was on appeal by both Adnan and the State of Maryland. In the Baltimore City Circuit Court, Adnan had been granted a new trial based upon counsel’s failure to question the State’s cell phone tower data expert about a warning on a fax cover sheet to the data that warned about the data’s unreliability. The circuit court had rejected the claim that counsel was ineffective for failing to investigate Asia. Both sides appealed their adverse rulings.
And both sides won. The Court of Special Appeals reached the opposite conclusions than that of the Baltimore City Circuit Court. The Court found the circuit court was wrong to grant Adnan relief on the fax cover sheet issue, but was also wrong to deny relief based on counsel’s failure to investigate Asia’s alibi. The Court explained:

McClain’s testimony, if believed by the trier of fact, would have made it impossible for Syed to have murdered Hae. Trial counsel’s deficient performance prejudiced Syed’s defense, because, but for trial counsel’s failure to investigate, there is a reasonable probability that McClain’s alibi testimony would have raised a reasonable doubt in the mind of at least one juror about Syed’s involvement Hae’s murder, and thus “the result of the proceedings would have been different.”

When you’re complaining that your trial counsel screwed up and denied you your Sixth Amendment right to effective representation, you have to show two things: (1) that some error occurred, and (2) that the error prejudiced you in a way that calls the results of the case into question. You have to show a “reasonable probability” that the results of trial would have been different. You don’t have to prove innocence (it helps), but you’ve got to show more than just “this hurt my case.” Here, it’s easy to see how a jury could have believed an alibi about Adnan’s whereabouts. There was no definitive evidence about where he was — just circumstantial evidence that was dubious.
I don’t practice in Maryland and am not well-versed in Maryland appellate procedure, but it looks like the State (or Adnan) might ask a higher court — the Maryland Court of Appeals — to review the decision. It doesn’t look like either side has a right to appeal to this court and would have to ask for that court to review.
Like you, I’m anxiously awaiting a Sarah Koenig update…