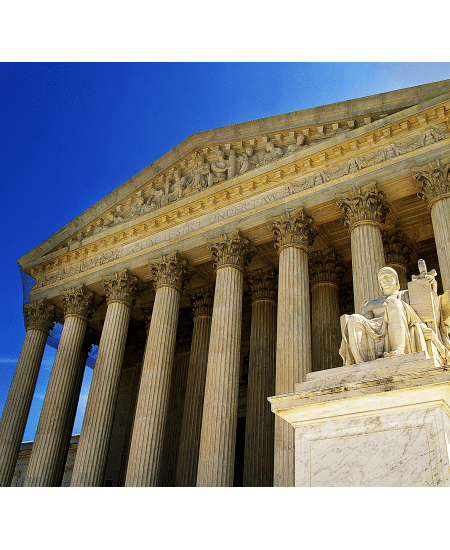 Today, the US Supreme Court is considering three cert petitions involving important questions challenging the Alabama capital sentencing scheme. Two challenges involve the Supreme Court’s 2016 ruling in Hurst v. Florida, which held that any fact necessary to expose a defendant to the death penalty must be found by a jury, not a judge.

Two cert petitions involve Tommy Arthur, a man who’s been on Alabama’s death row for 30 years. One petition is a Hurst-based challenge. In that petition, Arthur (1) makes a general challenge to Alabama’s scheme under Hurst; (2) argues Hurst requires a unanimous jury vote for death (his vote for death was 11-1); and (3) claims Hurst applies retroactively.

The Court is also considering a cert petition from Jerry Bohannon. While I do not have a copy of Bohannon’s cert petition, I would imagine he is raising claims similar to those he presented to the Alabama Supreme Court in his case that was decided in September 2016. There, the Court rejected a number of Hurst claims, most notably Bohannon’s challenge that Hurst requires a jury to decide the weight of aggravating factors against mitigating factors.

In Alabama, a judge makes the final sentencing determination and must decide that the aggravating factors of a case outweigh the mitigating factors in order to sentence a defendant to death. Under Alabama law (which is grounded in pre-Aprendi/Ring SCOTUS decisions), the weighing of aggravators versus mitigators is purely a job for the judge, not the jury. A fairly clear and long line of cases has held that the Sixth Amendment does not require a jury to conduct this weighing. Hurst calls this thinking into question.

I’m bearish on either case’s chance. I think Arthur has a better shot on the Eighth Amendment issue than the Sixth Amendment issue, but I don’t think he’d have the votes to do anything. Bohannon’s weighing claim is somewhat blunted by the fact that the jury recommended death by a vote of 11-1, so whatever error he claims might be harmless. Moreover, I don’t believe he raised a claim that Hurst requires juror unanimity, which probably would have helped. The Court should wait on a better vehicle – an override case – to take that issue up.

However, should the Court take up Bohannon’s case on the weighing issue, I think there’s a good chance the Court would rule in Bohannon’s favor and hold that the Sixth Amendment requires a jury to determine the weight of aggravators versus mitigators. I think the votes are there. Ginsburg authored Ring, Sotomayor wrote a scathing dissent in the denial of cert in Woodward v. AL, a case that challenged override in the pre-Hurst era, Breyer believes the Eighth Amendment requires a jury to find everything (even if he doesn’t like Ring) and joined Sotomayor’s dissent in Woodward, and Kagan, Kennedy, Thomas and Roberts were in the majority in Hurst.

Even if the Court doesn’t take up one of these two cases, I believe the writing is on the wall that the Court will be forced to take a closer look at Alabama’s capital sentencing scheme either this term or next.