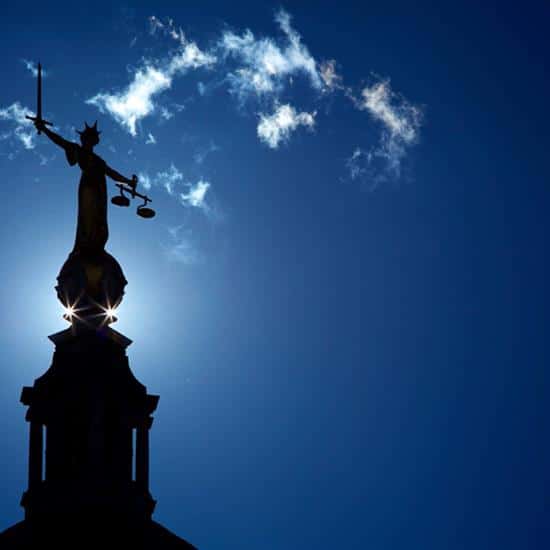 Watson was charged with murder after shooting and killing a woman in the front yard of his cousin’s house. The woman, a stranger to Watson’s cousin, showed up at the house in some sort of “psychotic episode” and “foaming at the mouth and rolling around on the ground like a dog.” The cousin called Watson asking for his help. Watson immediately drove to his cousin’s house. Watson was armed with a pistol. The woman immediately began yelling at Watson, accusing him of killing her baby, and charged at him saying that she was going to kill him. Watson fired a warning shot into the ground. The woman yelled that guns did not scare her and continued to charge. Watson fired another shot at her, which struck her in the arm and traveled into her chest, killing her. Watson claimed that he was immune from prosecution pursuant to § 13A-3-23(d) and the circuit court agreed. In a detailed order, the circuit court concluded that Watson could reasonably conclude he or another was in danger of serious bodily harm, that he was free of fault, and that he had the right to defend himself. The State appealed. AFFIRMED The CCA concluded that the record fully supported the circuit court’s ruling and that there was no “gross abuse of discretion” warranting reversal.

Thomas was convicted of murder stemming from a shootout that occurred one night in Montgomery. On the night in question, the evidence presented indicated that Thomas was invited to the house by someone there who owed him money. The man who was eventually shot, Johnson, had bad blood with Thomas, but both the State and defense’s evidence indicated that Thomas was invited to the house and did not engage in any unlawful activity when he was there. According to Thomas, when he said “hey” to Johnson, Johnson and another man pulled guns and fired at him. Thomas asked for stand-your-ground instruction of self-defense, but the circuit court denied. REVERSED The CCA concluded that the evidence presented supported a jury instruction on a stand-your-ground defense.

Police executed a search warrant on a house that was the known residence of Caver.  Small packages of marijuana and paraphernalia were found in a bedroom that contained a framed picture of Caver and his girlfriend, as well as letters addressed to Caver. Caver’s girlfriend testified that marijuana was hers and the letters addressed to Caver were letters she wrote to him while he was in prison that were returned to her. On cross-examination, over the objection of defense counsel, Caver’s girlfriend explained that Caver was incarcerated on a burglary and sodomy charge. Caver was convicted of one count of first-degree possession of marijuana and one count of paraphernalia. UPOM CHARGE REVERSED RENDERED; UPDP CHARGE REVERSED Carver challenged the sufficiency of the State’s case of first-degree possession of marijuana and the Court of Criminal Appeals agreed the State’s case of constructive possession was insufficient as a matter of law. The evidence failed to demonstrate Caver had exclusive rights of possession in the house or room. The Court also agreed that the State should not have been able to have Caver’s girlfriend testify about the nature of the charges for which Caver was serving time when she wrote him.

Hinkle pleaded guilty to 17 counts of first-degree theft and 3 counts of second-degree theft stemming from her theft of over $500,000.00 from a law firm where she was a secretary. The court departed from the guidelines and hammered her with 137 years’ total imprisonment for the convictions. Hinkle challenged the departure and the sufficiency of the departure order. AFFIRMED The Court concluded there was no abuse of discretion in this departure and that the record was sufficient. In affirming the departure, the Court concluded that the court’s conclusion that departure was warranted was not based on an “erroneous conclusion of law” and did not violate the general admonition that departures “should be rare.” This decision heavily relied upon the CCA’s earlier presumptive sentencing guideline decision in Hall v. State.

Taylor, a probationer, tested positive for meth and was sanctioned with 21-days imprisonment. The court held an extensive hearing where the direct of the Marshall County Court Referral Services drug laboratory testified about the drug-testing process. The analyst who actually tested Taylor’s sample did not testify, so Taylor objected on Confrontation Clause grounds. AFFIRMED Relying on Chambers v. State, the CCA concluded that there was no Confrontation Clause violation as the technician who analyzed the sample merely submitted it into the machine and the machine carried out the rest of the analysis. The Court held that Taylor right to confrontation was protected as he had ample opportunity to cross-examine the lab director on the methods of analysis.

Sharifi was convicted of capital murder pursuant to § 13A-5-40(a)(10) and sentenced to death. Sharifi’s conviction and sentence were affirmed on appeal and he filed a timely Rule 32. AFFIRMED While Rule 32-death opinions are usually pretty detailed with dozens of allegations of ineffective assistance of counsel, Sharifi’s opinion here is brief. Of interest here is the Court’s detailed rejection of his claim of ineffective assistance of counsel based upon Batson/JEB violations. The CCA is very tough on such claims at the Rule 32 stage and this opinion succinctly outlines the narrow road to pleading a colorable claim.

Yates was convicted as an accomplice of murder, attempted murder and shooting into an occupied vehicle. At trial, the State was allowed to play a recording of a jail call Yates made to a friend while Yates was incarcerated in which he said something to the effect of, “I’m going to kill whoever stole my clothes.” The State sought to introduce this statement as evidence of Yates’ particularized into to commit the offense that occurred 3 weeks after the shootings. REVERSED. The Court held that this evidence was not admissible under Rule 404(b).  The Court found the recording to be confusing and disjointed as opposed to being “clear and conclusive” as required for admission. Additionally, the evidence was not necessary to prove the State’s case. This is a great decision to read and review for attaching the State’s attempt to introduce Rule 404(b) evidence.