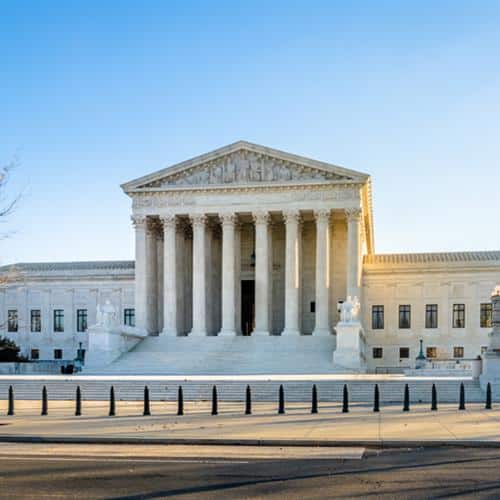 McWilliams was convicted of capital murder and sentenced to death for a 1994 robbery/rape/murder that took place in a convenience store in Tuscaloosa. McWilliams’ mental health was explored in depth during the course of his trial. He was examined by a “Lunacy Commission” composed of three doctors at Taylor Hardin Secure Medical Facility. After he was convicted and after the jury recommended he be sentenced to death by a vote of 10-2, McWilliams asked for neurological and neuropsychological exams. The court order a Dr. John Goff, a neuropsychologist with the State, to examine McWilliams. However, Dr. Goff’s findings were not based on a complete review of his mental health records. His report was given to McWilliams only 48 hours before the judicial sentencing phase. On the eve of the judicial sentencing hearing, Taylor Hardin and Holman Prison sent defense counsel updated records which had been subpoenaed months before. Trial counsel continuously asked the trial court for an independent expert and a continuance, but these requests were rejected.

In Ake, the Court ruled that the Constitution requires the State to provide an indigent defendant with “assistance necessary to prepare an effective defense based on his mental condition” if the defendant’s sanity is in question. The ruling was framed around the concept of the “meaningful access to justice.” The expert should “assist in evaluation, preparation, and presentation of the defense.”

Judge Wilson believed that Ake was not satisfied here. First, the State failed to provide meaningful psychological assistance. McWilliams did not receive any expert assistance until after the sentencing hearing held before the jury. Second, the assistance McWilliams received from Dr. Goff was based on an incomplete review of the mental health records available for consideration. In Judge Wilson’s opinion, this paltry showing did not satisfy Ake and warrants habeas corpus relief.

The Court ruled that in the particular circumstances of this case, McWilliams’ rights under Ake were not protected. The Court declined to answer the more specific question of whether Ake requires appointment of a mental health expert who is independent of the prosecution because Alabama failed to satisfy “Ake’s most basic requirements.”

The Court rejected Alabama’s argument that it complied with Ake by allowing Dr. Goff to examine McWilliams. Ake requires more: “[1] examination and assist in [2] evaluation, [3] preparation, and [4] presentation of the defense.” The Court concluded that even if it were to assume the State satisfied the “examination” requirement, it completely failed to satisfy the last three prongs.

While the 11th Circuit had ruled that whatever error McWilliams suffered was “harmless,” the Supreme Court noted that ruling was limited to just the question of whether the requested continuance would have made a difference in McWilliams sentencing. The Court pointed out that on remand the 11th Circuit should consider how the State’s failure to guarantee the remaining three prongs of Ake would have made a difference in McWilliams’ case.

The dissent would have had the Court address the narrow question of whether it is clearly established federal law that Ake requires the appointment of an independent mental health expert. The dissent complains that Alabama didn’t have a chance to address the question the Court actually addressed. However, this simply isn’t true. Alabama briefed the merits of the underlying Ake claim at the merits stage.

The 11th Circuit on Remand

The Eleventh Circuit is likely to kick the case back down to the district court to address the full Ake question. It’s hard to see McWilliams’ death sentence standing when the Supreme Court has all but said 3 aspects of Ake weren’t satisfied here.