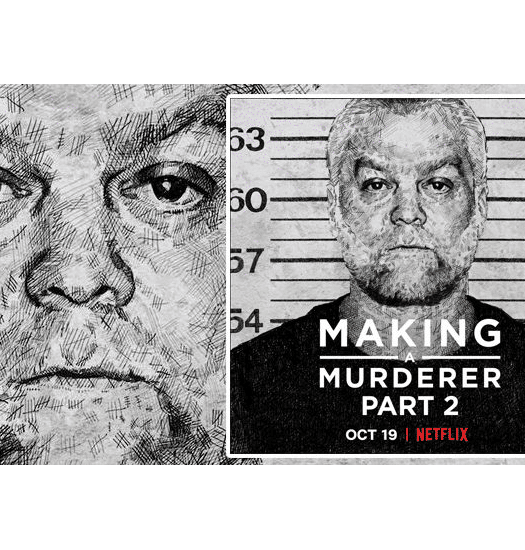 By J.D. LloydOctober 19, 2018November 18th, 2019No Comments
A few weeks ago, the popular streaming service Netflix announced the second season of its critically acclaimed, Emmy Award-winning original documentary series Making a Murderer.
Producers, writers and directors Laura Ricciardi and Moira Demos, who spent an estimated decade gathering information on the 2007 conviction of Steven Avery and his 16-year-old nephew Brendan Dassey in the 2005 murder of photographer Teresa Halbach for the first season, will reportedly provide “an in-depth look at the high-stakes post-conviction process, exploring the emotional toll the process takes on all involved.” Part of the season will allow the viewers to meet Avery’s postconviction lawyer, Kathleen Zellner, as she uncovers new evidence about Halbach as well as the reasoning behind the jury’s conviction. As the first season revealed, Avery received a life sentence with no possibility of parole.
The other side of the docuseries will shed light on the journey of Dassey’s postconviction lawyers, Laura Nirider and Steven Drizin (Northwestern University’s Center on Wrongful Convictions of Youth), as they try to pursue appeals on the behalf of the now 28-year-old. As we saw in June, these efforts for appeals led the lawyers and Dassey to interactions with the Eastern District of Wisconsin and multiple panels of the United States Court of Appeals for the Seventh Circuit before SCOTUS denied to review and hear Dassey’s appeal this past June. Dassey’s taped confession with police while he was an unaccompanied minor, his low IQ, his apparent confusion regarding the consequences of his confession and his lawyers’ efforts to get the confession thrown out all represented crucial elements of the documentary’s original season. Though Avery’s sentence does not have the possibility of parole, Dassey could be released in 2048.
The new ten-episode season will premiere on Friday, October 19th (Brendan Dassey’s 29th birthday), though Netflix has yet to whether they will make all episodes instantly available or if the episodes will be released one at a time.

Making of a MurderMurder Mystery