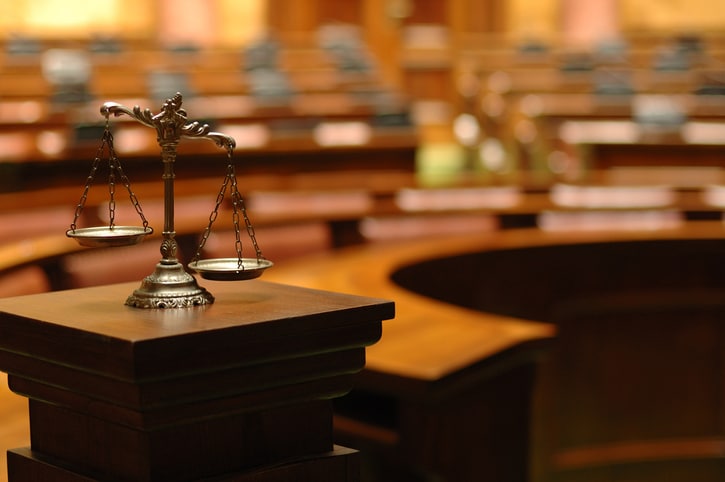 The Sixth amendment and the Right to Choose Counsel

On July 20, 2021, the Third Circuit Court of Appeals overturned Samuel Randolph’s convictions for first-degree murder—along with numerous other charges—and his death sentence when it affirmed the U.S. district court’s decision to grant Randolph’s petition for a writ of federal habeas corpus in Randolph v. Sec. Penn. Dept. of Corrections. In doing so, the Third Circuit held that that the Pennsylvania Supreme Court had unreasonably applied clearly established federal law when it affirmed Randolph’s convictions and death sentence by concluding that Randolph had not suffered a violation of his Sixth Amendment right to choose his counsel.

The story—and beginning of the problem—in Randolph’s case is that the relationship between Randolph and his appointed attorney, Welch, was troubled. Randolph repeatedly told the trial court of issues with Welch and, at one point, asked to represent himself because he did not feel that Welch had Randolph’s interests at heart. One week before his trial, Randolph secured funds to replace his Welch with retained counsel, Stretton.

On the Wednesday before the start of trial on Monday, Stretton entered a notice of appearance and requested a continuance. In a phone conference with the parties, Stretton explained the basis for his requested continuance, specifically that he had just been retained and had numerous conflicts the week of trial. Stretton noted that he had a conflict on Monday, the day trial was to start with jury selection, that he could not avoid. Welch supported the change of lawyers and even urged the trial court to grant the continuance because “if we hastily take this to trial, we will go through it all again at some point down the road.”5 Stretton asked that jury selection be delayed by as little as a day or two. Ultimately, however, the trial court denied requested continuance.

On direct appeal, the Pennsylvania Supreme Court rejected claims that the denial of a continuance had violated his Sixth Amendment rights. According to that court,

The constitutional right to counsel of one’s own choice is not absolute. Rather, “the right of the accused to choose his own counsel, as well as the lawyer’s right to choose his clients, must be weighed against and may be reasonably restricted by the state’s interest in the swift and efficient administration of criminal justice.” Thus, this Court has explained that while defendants are entitled to choose their own counsel, they should not be permitted to unreasonably “clog the machinery of justice” or hamper and delay the state’s efforts to effectively administer justice.6

More or less, the Pennsylvania Supreme Court said that you have this right but you can’t use it to mess with the trial process. Applying this standard, the Court held that

In short because the Randolph’s case had been continued before and Randolph’s chosen counsel did not appear, the trial court did not violate Randolph’s Sixth Amendment rights by forcing him to proceed to trial.

On federal habeas review, however, the Third Circuit noted that while the Pennsylvania Supreme Court correctly stated the applicable law, the court’s application of that law to Randolph’s case was unreasonable based on the facts of the case. The previous continuances in Randolph’s case were not the fault of Randolph or Stretton; Randolph had previously made clear his concerns about Welch and desire for different counsel; and the trial court refused to work with Stretton’s schedule or clear attempts to accommodate the trial court. Furthermore, the trial court’s offer to allow Stretton time to prepare following jury selection could not cure the Sixth Amendment violation because jury selection is a critical stage of criminal proceedings—especially in death penalty cases. As a result, by forcing Randolph to proceed to trial without his chosen attorney, the trial court violated Randolph’s Sixth Amendment right to choose his own attorney.

When considering claims that a defendant’s right to choice of counsel has been violated, courts apply a balancing test. The right is not absolute. When there are sufficient objective reasons, a defendant can be denied his chosen counsel. At times, that right is overcome by the “considerations of judicial administration. The Eleventh Circuit has said that when a defendant wishes to replace his counsel—appointed or retained—with new retained counsel “a court must permit substitution if it does not interfere with the fair, orderly, and effective administration of the courts.”8 The Alabama Court of Criminal Appeals have noted that “there are times when an accused’s right to counsel of choice must yield to a greater interest in maintaining high standards of professional responsibility in the courtroom.”9 In other words, if a defendant is trying to change attorneys at the last minute in a clear attempt to delay or otherwise impede his trial, courts have the authority to override a defendant’s right to counsel.

But courts must articulate the basis for overriding a defendant’s right to choice of counsel. This is because violations of the right to choice of counsel constitute structural error.10 Structural errors affect the entirety of the trial process itself—as opposed to a singular error in the process of the trial, like an evidentiary ruling. And as the United States Supreme Court noted in Gonzalez-Lopez:

Different attorneys will pursue different strategies with regard to investigation and discovery, development of the theory of defense, selection of the jury, presentation of the witnesses, and style of witness examination and jury argument. And the choice of attorney will affect whether and on what terms the defendant cooperates with the prosecution, plea bargains, or decides instead to go to trial. In light of these myriad aspects of representation, the erroneous denial of counsel bears directly on the “framework within which the trial proceeds,” Fulminante, supra, at 310, 111 S.Ct. 1246—or indeed on whether it proceeds at all. It is impossible to know what different choices the rejected counsel would have made, and then to quantify the impact of those different choices on the outcome of the proceedings. Many counseled decisions, including those involving plea bargains and cooperation with the government, do not even concern the conduct of the trial at all. Harmless-error analysis in such a context would be a speculative inquiry into what might have occurred in an alternate universe.11