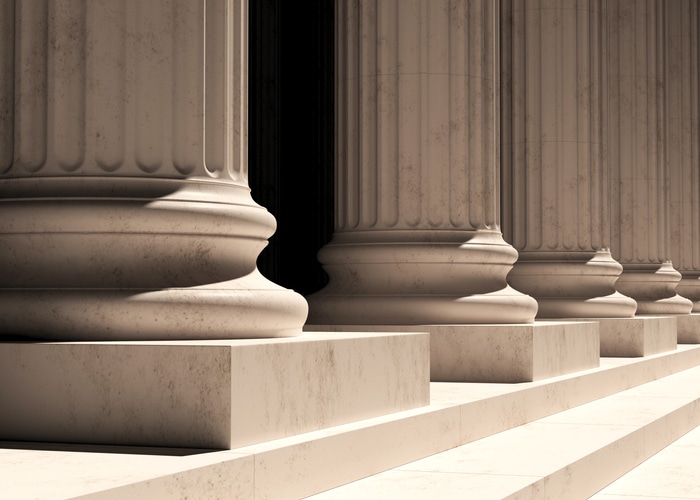 In Caniglia v. Strom, the Court issued an unanimous decision that the “community caretaking” exception to the Fourth Amendment does not extend to the warrantless search of a home. Caniglia’s wife called police because she could not get in touch with Caniglia and feared he may be suicidal. When police arrived at their home, they found Caniglia on his porch. Caniglia denied he was suicidal but agreed to go to the hospital, allegedly after officers agreed not to confiscate his firearms. Once Caniglia left in the ambulance, however, officers seized the firearms from the house.

Justice Thomas’s opinion made clear that Cady and the exception it established do not allow for warrantless entry of homes or seizure of items found during entry. Chief Justice Roberts and Justices Alito and Kavanaugh wrote concurring opinions making clear that Caniglia does not affect other Fourth Amendment exceptions—like exigent circumstances—that do allow police to lawfully enter a home without a warrant.

In Edwards v. Vannoy, the Supreme Court held that its decision last year in Ramos v. Louisiana2, which held that the Sixth Amendment requires unanimous jury verdicts in state and federal courts, does not apply retroactively. Long time Louisiana law allowed for non-unanimous jury verdicts in criminal cases. In Ramos, the Supreme Court held that such verdicts violated the Sixth Amendment’s right to trial by jury, which applied equally in state and federal courts. Almost immediately after Ramos, the Court granted certiorari in Edwards to determine whether Ramos applied retroactively—meaning whether any criminal defendant in Louisiana who had been convicted by a less than unanimous jury was entitled to a new trial.

Retroactivity is determined according to the test established in Teague v. Lane3. Under Teague, when the Supreme Court issues a new rule, the presumption is that the rule does not apply retroactively. Nevertheless, Teague established two major exceptions to this presumptive rule.

First, new substantive rules of constitutional law apply retroactively. Substantive rules prohibit the government from doing something. The most major application of this exception comes from the Eighth Amendment’s prohibition on cruel or unusual punishment; when a punishment is determined to be cruel or unusual—like the death penalty for juveniles or the intellectually disabled—the new rule prohibits the government from carrying out the sentence. Therefore, it applies to every defendant that qualifies under the rule.

The second major exception is for new watershed rules of criminal procedure. Unlike substantive rules, procedural rules govern how the government does something, not whether it can. Examples of procedural rules include discovery rulings, the requirements for confronting witnesses, and search and seizure issues. But only watershed—or incredibly important—new procedural rules apply retroactively. Watershed rules affect the fairness of proceedings to the extent that violations of the rule would fundamentally undermine the proceedings. Since Teague was decided in 1989, no new procedural rule has been afforded watershed status. The example used for a watershed rule is Gideon v. Wainwright4, which formalized the right of every criminal defendant to the assistance of counsel and was decided twenty-six years prior to Teague.

In Edwards, the question was whether Ramos would be the first watershed rule of criminal procedure under Teague. The six-justice majority decided that Ramos did not qualify as a watershed rule. The majority compared Ramos to other major criminal procedure rules that were not afforded retroactive status and had that Ramos was no more worthy of retroactivity than those cases. Additionally, the majority held that since Teague’s watershed exception has not been used, the exception is essentially defunct in future cases.

Justice Kagan issued a strongly worded dissent that was joined by Justices Breyer and Sotomayor. Justice Kagan criticized strenuously the majority’s analysis of the question before it and the decision to curtail Teague, which was not properly before the court.