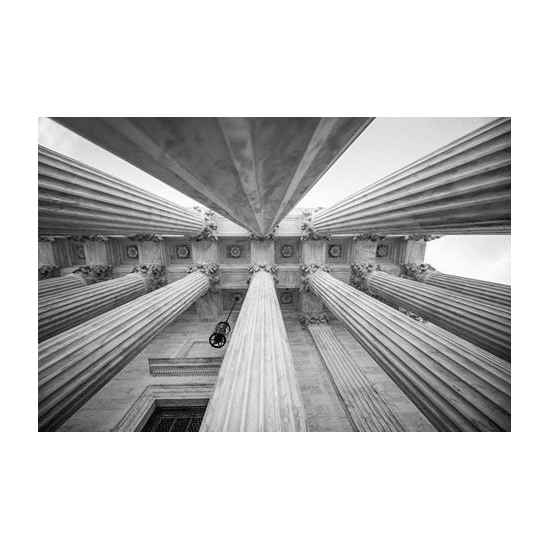 Malone was charged with second-degree assault and moved before trial for an immunity hearing under § 13A-3-23(d). During the incident in question, Malone stabbed the other party after the other person grabbed Malone by the throat, Malone left, and the other person caught up to Malone and grabbed him by the throat again. Malone’s self-defense claim wasn’t based upon a Stand-Your-Ground defense. The circuit court denied his request on the grounds that it did not have the authority to decide the question of immunity at a pretrial hearing. REVERSED. This case appears to be a pretty formative decision in the area of self-defense and the on-going interpretation of the 2006 amendment. The Court resolved two pretty big questions in favor of defendants.

1. Using deadly force is permissible under § 13A-3-23 outside of the stand-your-ground situations discussed in § 13A-3-23(b). One of the questions presented here was whether the 2006 Stand-Your-Ground amendment to § 13A-3-23(b) limited the use of deadly force in self defense to only those situations covered by the amendment to § 13A-3-23(b) — where (a) a defendant is in a place he/she has a right to be and (b) isn’t involved in unlawful activity. Effectively, the State argued that if your situation didn’t follow under this dynamic — i.e., like Malone’s — the use of deadly physical force is not permitted. On the other hand, Malone argued that the common-law duty to retreat still applied in situations not covered by § 13A-3-23(b). The Court of Criminal Appeals agreed, holding that the amendment didn’t abrogated the common law duty to retreat before using deadly physical force — the amendment just gave another justification for using deadly physical force.

2. A § 13A-3-23(d) immunity hearing is not limited to only Stand-Your-Ground situations but rather any circumstance in which someone is possibly justified in using self defense. Again, the State tried to read the 2006 amendment in a narrow manner that simply isn’t justified by the plain wording of the statute. As such, the CCA held that an immunity hearing is authorized under § 13A-3-23(d) to adjudicate any self-defense claim, not just stand-your-ground claims.

Woods pleaded guilty to DUI in the Montgomery District Court and appealed for a trial de novo in the circuit court. During the circuit court trial, the State introduced over Woods’ objection a redacted copy of his guilty-plea conviction in the district court. On appeal, Woods argued that the guilty-plea shouldn’t have been allowed in a trial de novo; however, the State argued that under Phillips v. City of Dothan, 534 So. 3d 381 (Ala. Crim. App. 1988), the plea was admissible. REVERSED. The CCA decided that Phillips doesn’t comport with the idea that a trial de novo “wipes the slate clean” relying on language in Yarbrough v. City of Birmingham, 535 So. 2d 75 (Ala. Crim. App. 1977) and Ex parte Sorsby, 12 So .3d 139 (Ala. 2007). As such, the Court overruled Phillips and held that the admission of the guilty plea was reversible error.

In a death case that saw numerous remands and orders new sentencing hearings for a myriad of reasons, the circuit court held a fourth penalty-phase hearing wherein it excluded the public during the jury selection phase of the proceeding over the defense’s objection. The circuit court offered a generic justification regarding the small size of the courtroom to support its decision. The jury recommended death by a vote of 10-2 and the court followed that recommendation. REVERSED The Court of Criminal Appeals reversed, finding that the circuit court failed to show how closing the courtroom was justified under Waller v. Georgia, 467 U.S. 39 (1984).

Ingmire was charged and convicted of one count second-degree theft and one count receiving stolen property in connection to the theft/sale of a four-wheeler. At trial, the circuit court allowed the State to introduce a NCIC report where the four-wheeler was listed as stolen. The defense objected. REVERSED . Here, the CCA held that the NCIC report was hearsay and was not, in this trial, show to be a business record and worthy of exception under Rule 803(6) because there was no evidence that the report fit within the business-records exception. The Court left open the possibility that NCIC reports could one day be held to fit within the exception, but such a showing was not made in the trial below.

Benn was convicted of seven counts of capital murder and the jury recommended death by a vote of 10-2. On December 12, 2014, the circuit court held a judicial-sentencing hearing and took the arguments under advisement. On January 29, 2015, the court issued a written sentencing order sentencing Benn to death. On appeal, Benn argued that the CCA lacked jurisdiction to consider this matter because the circuit court failed to enter a judgment of conviction as required by law. APPEAL DISMISSED. Relying on the AL SC’s recent decision in Ex parte Kelley, [Ms.  1131451] (Ala. 2015) and § 12-22-130, the CCA held that trial court must pronounce in open court both an adjudication of guilt and sentence.

This was a DUI case involving a municipality wherein the appeal was dismissed for the same reason in Benn v. State