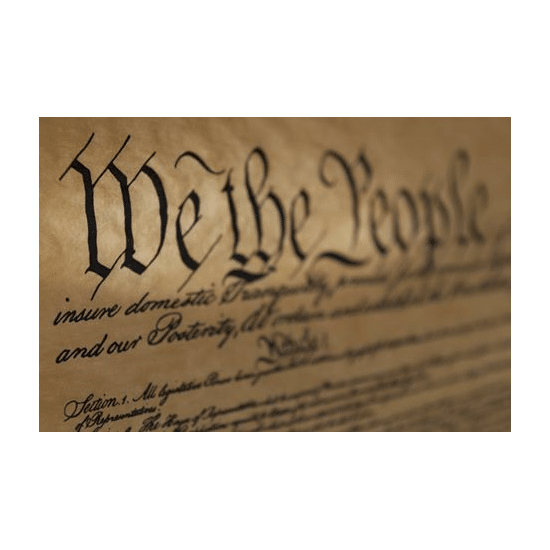 The Salt Lake City PD received an anonymous tip regarding drug activity at a house. A detective watched the house and saw folks coming and leaving after only a short duration. To him, this evidenced drug activity going on inside. The detective observed Strieff leave the house. He followed Strieff and eventually stopped him. The detective asked for Strieff’s ID and found out that Strieff had an outstanding warrant on traffic tickets. He arrested Strieff and searched him as incident to that arrest. Of course, the detective finds meth and meth paraphernalia.

After being charged, Strieff moved to suppress the drug evidence on the grounds that the detective illegally detained him. The State conceded that the detective did not have reasonable suspicion to stop Strieff, but argued that the “existence of the warrant attenuated the connection between the unlawful stop and the discovery of contraband.” A lower court affirmed denial of the suppression motion, but the Utah Supreme Court reversed.

Long ago, the Court created the “exclusionary rule” to exclude unlawfully seized evidence, also referred to as “fruit of the poisonous tree.” The Court has stressed that it’s to be applied so long as its “deterrence benefits outweigh the societal costs.” There are several exceptions to this rule, one of which is called “attenuation doctrine” which provides that suppression isn’t proper when the connection between the unconstitutional action and the seized evidence is either “remote” or interrupted by some “intervening circumstance.” At question here is the latter concern: was the discovery of a valid warrant an event sufficient to break the chain between the unlawful stop and the discovery of the drugs.

The Court employs a three-part test to answer this question: (1) What is the temporal proximity between the illegal conduct and the discovery of evidence? (2) What are the intervening circumstances?   (3) What was the purpose of the conduct and how flagrant was it?

While the Court found that the short time between the constitutional violation and discovery of the evidence favored suppression, the last two facts strongly favored not applying the exclusionary rule. Under the second prong, the existence of a valid warrant was a significant intervening circumstance. Once he discovered it, he was under an obligation to arrest Strieff. With respect to the final prong, the Court didn’t believe the detective’s actions were flagrant or part of “systemic or recurrent police misconduct”: while the initial detention was “at most negligent,” his actions after the stop were “lawful.”

The dissents in this case are quite strong. Justice Kagan’s dissent states that this decision effectively invites police to make illegal stop.

If you look at this case objectively, the Court’s decision makes sense: if a police officer happens to learn someone has an outstanding valid warrant for their arrest, that officer has the duty to arrest them. If an arrest is made pursuant to a lawful warrant, police may search the arrestee. Thus, the search extends from the valid warrant.

But if you look at this case subjectively, the Supreme Court has given police officers leeway to engage in unconstitutional behavior. There’s really no way around it. The Court has told officers who would rather investigate outside the boundaries of the Fourth Amendment, “Hey, we’ve got your back in the borderline cases.” Count me in Justice Kagan’s camp.